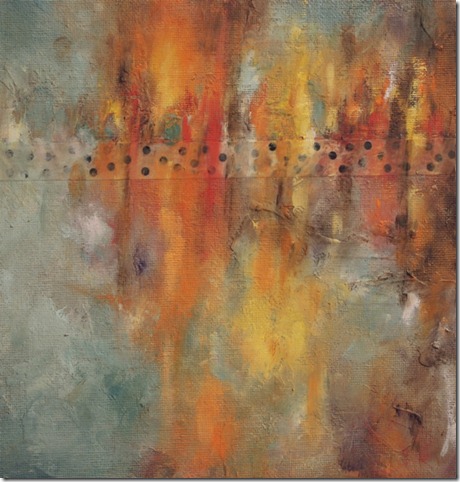 The Great Fire in St. John's, Newfoundland and Labrador on July 8, 1892, is remembered as the worst disaster ever to befall that city.

Daybreak on the morning of July 9, 1892 revealed the full extent of the fire's devastation.

"When morning broke the thick clouds of smoke still ascended from the burning ruins, and it was hours before it had cleared sufficiently to admit a view of the track of the desolating scourge. A walk through the deserted streets demonstrated that the ruin was even more complete than seemed possible at first. Of the whole easterly section, scarcely a building remained… of the costly and imposing structures and public buildings which were the pride and glory of the people, scarcely a vestige remained; and St. John's lay in the morning as a city despoiled of her beauty, her choicest ornaments, presenting a picture of utter desolation and woe."

There have been fires since, but none having the devastating effects that this had on the city.  Rows of tightly packed old wooden houses and a strong wind whips fire into a frenzy and there have been a few near misses in the not too distant past.

So what is the connection between this painting and fire?  I’ve been mulling over abstract or modern painting and dissecting the why and how of it to make it clear in my head. I’ll be writing another post about abstract art and my thoughts and ideas of how to get started with it for my own art group and will share some of those thoughts at a later date.

What I will share now is my finding that abstract art is not unlike most other forms in terms of construction.   There has to be a concept to start with and an idea of palette, otherwise you’re slinging paint around without any pleasing form or contrasting areas. 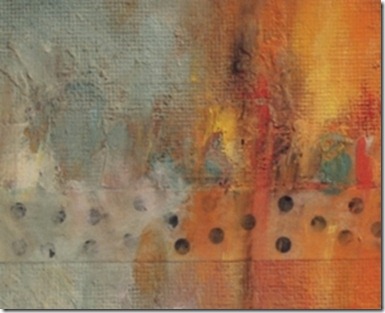 For me, in creating abstract art, I become the medium and the painting shows me the path. Form and colour become intuitive and you just “know” what to do next.  It is the case with this piece.  It started out tamely enough, then a smear of modeling paste here and there, a strong pigment and a line and the idea of fire started taking over, just as a real fire would.
I have found that letting the painting guide me, as new age as that sounds, is a truth.  Until you experience it, you cannot know the freedom it unfolds.