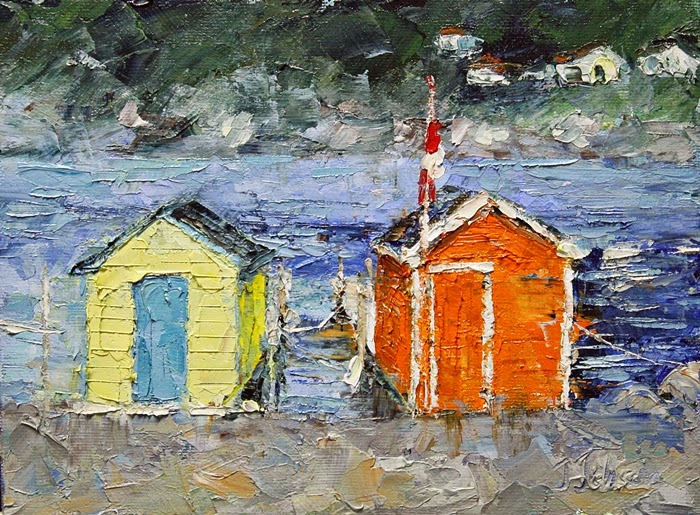 New Perlican is one of the oldest settlements in Newfoundland, dating back to the early 1600s, perhaps before that.  Its a small community of just 188 people according to Statistics Canada's last census count in 2006. 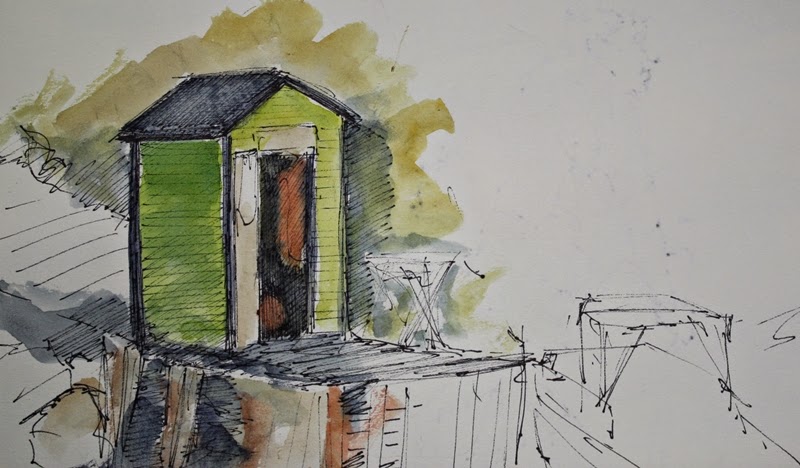 Historically a fishing community, it still has a very active harbour with colourful sheds perched partway on handmade wharves that curve the harbour shoreline.  The coloured sheds are common in some parts of the province, but seem more so in this part of the island.

New Perlican was one of my stops in my search for wooden boats last year and despite its historic significance, I could not find a single wooden boat there!  They were all fibreglass.  However the sheds made up for the lack of wooden boats and this painting is a closer look at a couple of them sitting on the harbour.  The green shed was a sketch from the other side of the harbour.
5 comments: