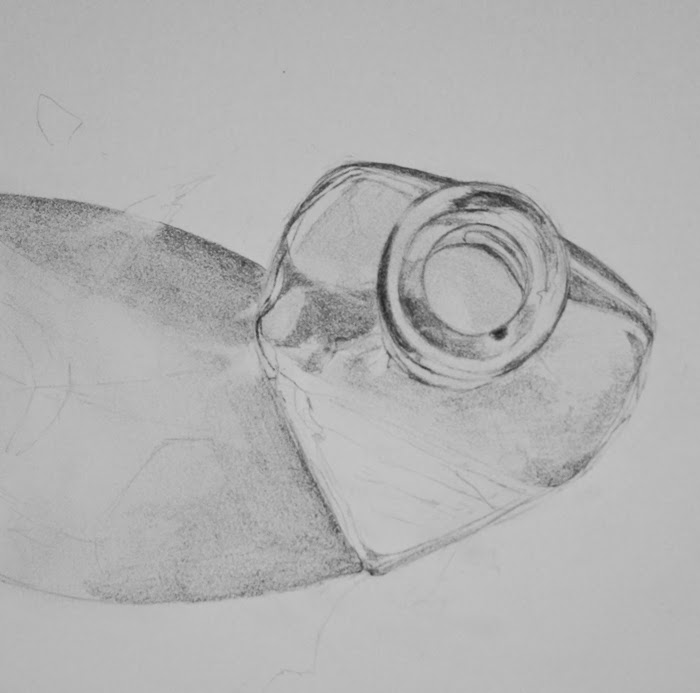 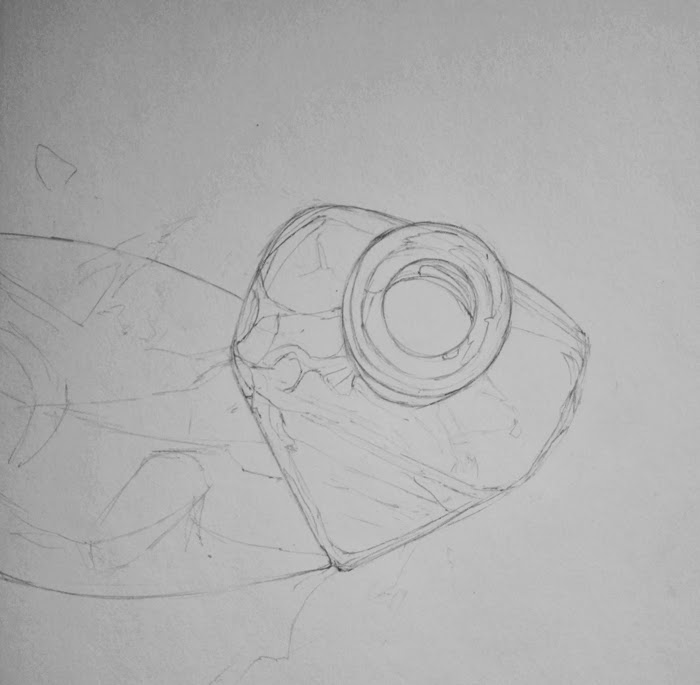 What makes up a still life drawing? Any collection of objects and arrangment of them that you find pleasing, but usually is a combination of objects with different textures and sizes and interesting lighting. In my Advanced Drawing - Still Life workshop, you'll learn more about setting up a still life and create studies of textured objects as well as glass, which is a common item in still life compositions. 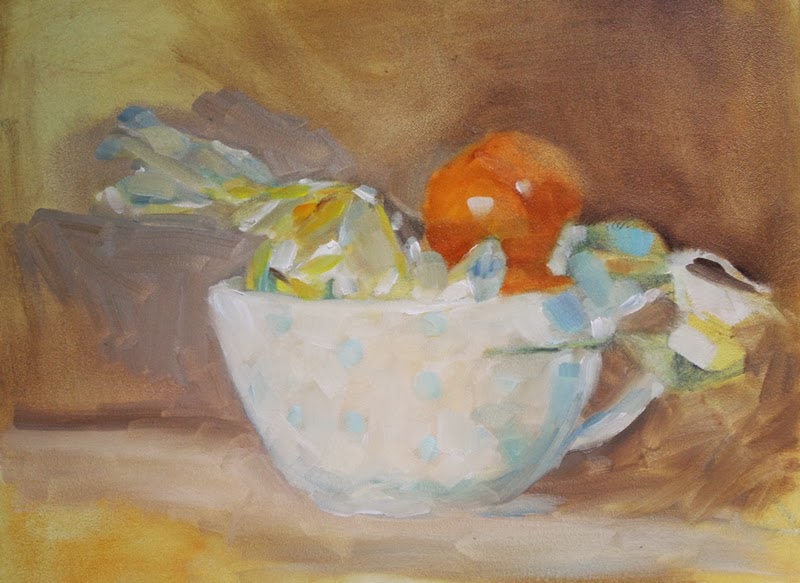 
When a glass object is broken down into areas of light and shadow, it becomes a puzzle that you need to solve through careful observation and drawing technique. Here's an example of a heart shaped bottle, from the initial value map drawing to the start of shading to capture the values that give glass its unique qualities of shine and transparency.

To learn how to draw glass and other common still life objects and textures, consider registering for this workshop. There are still a couple of spots left in the January 12/19 workshop with registration available through my website.

Simply register for the workshop of your choice through my website www.jeanettejobson.com by March 31, 2014 and a draw will take place on April 1st to announce the winner.  If you register for more than one workshop, your name will be entered twice.  Good luck!
5 comments: 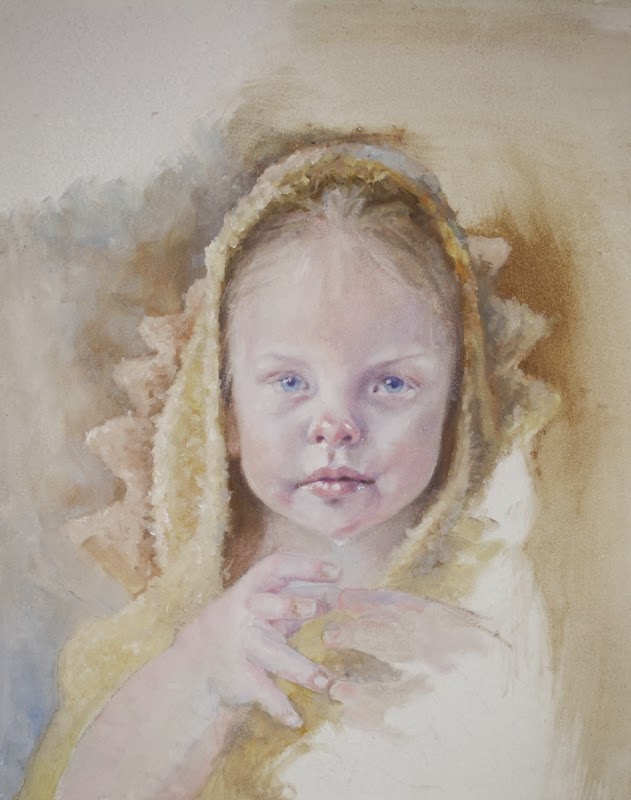 "The greatest obstacle to discovery is not ignorance, it is the illusion of knowledge."
(Daniel J. Boorstin)

This past week has been wild with a huge snowstorm that dumped 40cm of snow on Saturday, -30C windchills and high winds then power outages as an aging hydro system kept giving up the ghost.  Its finally getting back to normal, whatever that is, and I'm able to spend a little more time in the studio instead of the barn, firing up a generator to keep growing pullets warm!  Whoever thinks life on a small farm is romantic and fun, should come here for a week, especially in winter. 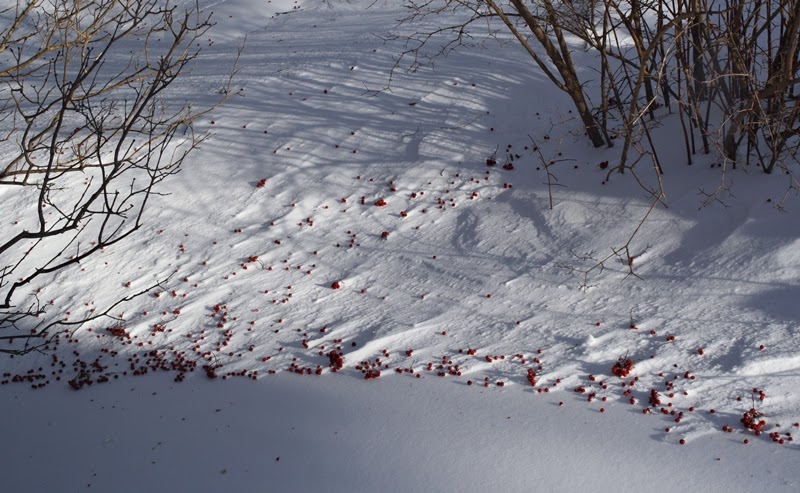 The storm did leave a gift however.  The wind blew a lot of berries off the trees and swept them into an arc, looking like a white wave with red stones washing onto a beach.

I've added some texture to the portrait of my grand daughter and am refining shapes and values more as I go.  A painting continually evolves until it reaches my level of scrutiny to make it acceptable to be presented to the world.  Here, on my blog, you get to see all levels of art process, both good and bad, but the gold standard for presenting a final piece is more exacting for me.

Texture.  Whether its a smooth surface such as a child's skin or an uneven surface like the lion towel she has wrapped around her, creating that texture is paint is a matter of closely observing the value changes and shapes.  I think that many people get bored with trying to get something 'just right' and settle for 'as good as'.  And this can be where the frustration starts because 'as good as' is never what we should accept

I see 'as good as' in exhibitions, in online art, in creative efforts all over the place and while that's fine if its a sketch or a working study, its not fine if its for final presentation to the public. We know when we produce substandard work.  We know when we see it next to others' work which is technically better than we produce.

A degree of tedium can set in when painting expanses of background or texture and that needs to be worked through as its part of the whole.  Ignoring it or losing interest in completing something to the same standards as the rest of a piece shows in the finished work.

Yes, there are pieces that end up being boring and that's when you need to know not to belabour it and simply toss it or shove it into 'the drawer' where it can linger for months or years until you're ready to have at it again.  Decisions have to be made that a piece lives or dies, but 'as good as' doesn't cut it.  Always put your best work forward publicly, you won't regret it.