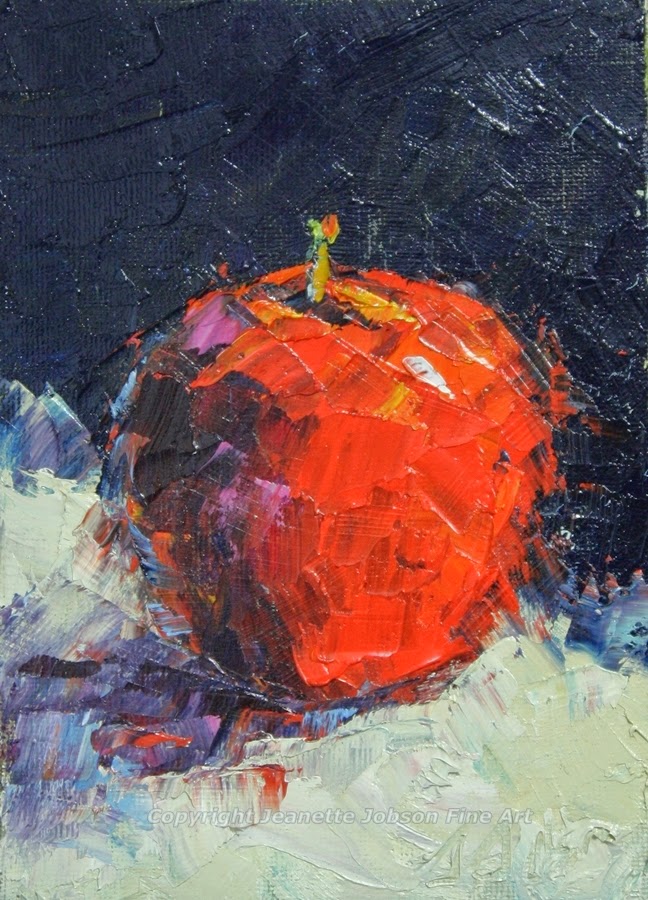 I can never bear to throw away good oil paint when a painting is complete, so I usually end up creating a small painting from whatever is on the palette.  One of my secret end of palette rules is that I can't add any more of a colour to what's already on the palette, besides white.

I use a split primary palette which consists of cool and warm versions of each primary, as well as an earth tone like burnt sienna or burnt umber as well as titanium white, so it usually gives me a fair choice of colour mixing options.  However that can depend on how much of each paint colour is left over. 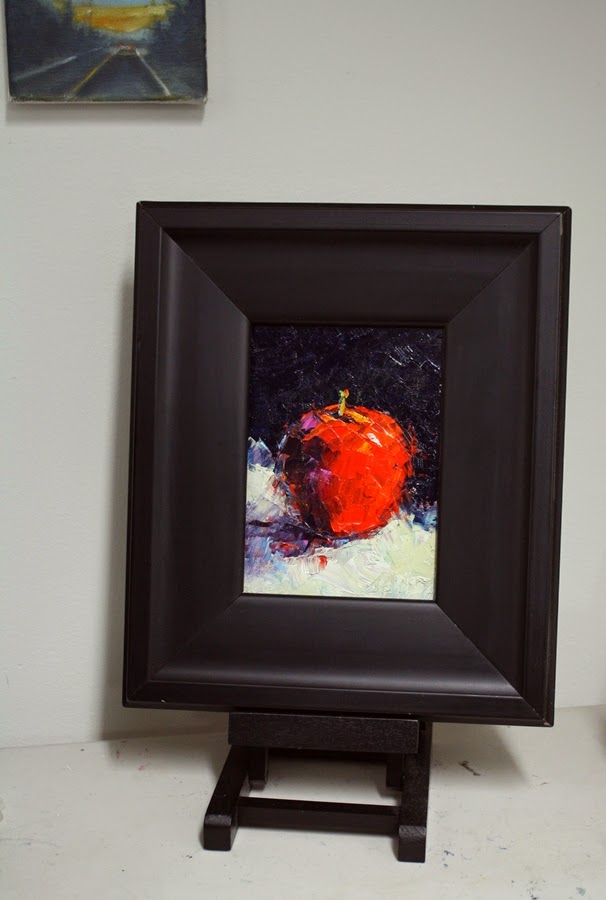 I lucked out with a good quantity of pthalo blue, burnt sienna, cadmium red, alizarin crimson and cadmium yellow, so I could mix pretty much anything I wanted and meet the value ranges needed to create this apple.

My other end of palette rule is that the painting must be small, quick to produce (no more than an hour) and loose.  It should be very impressionistic with the colour "bleeding" into other areas.  The challenge for me is that my end of palette paintings are a big transition in size as I come from large (30" x 40") down to 5" x 7" like this one.  I have to remember to get out the small knife and put the trowel away!
No comments: 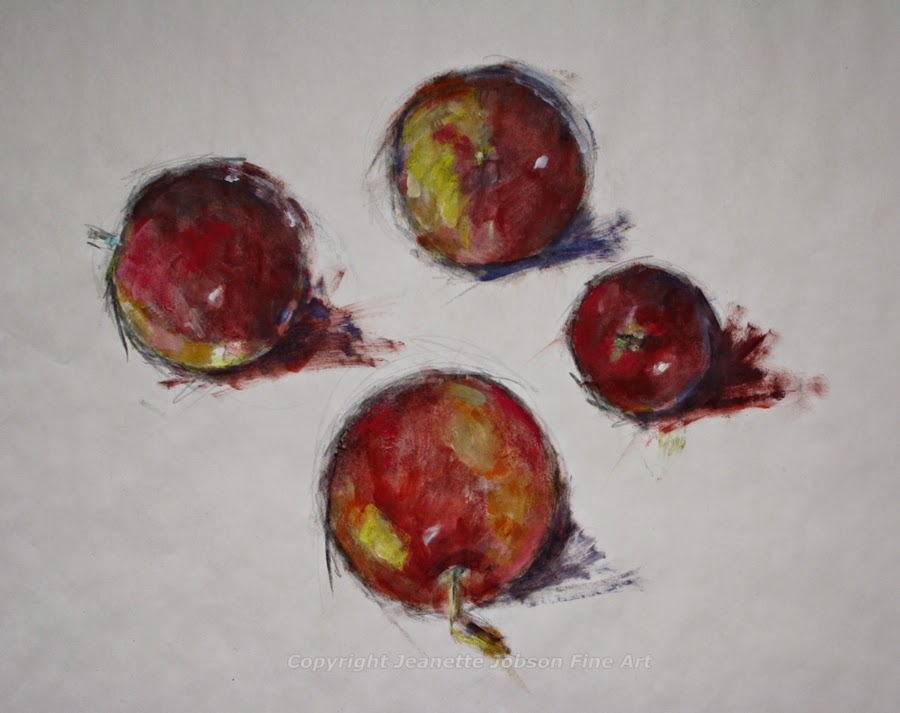 So what is more natural than planting apple trees to ensure your own crop?  Perfect idea, right?  So there are six or seven trees planted a couple of years ago with just that idea in mind.

It seems that nature has its own ideas in this part of the country and the weather always seems to get the better of the poor trees.   It might take the form of a late frost that kills the flowers, but more likely its the wind.  When you live on an island, wind becomes almost a constant.  Probably not wind that you're thinking of.  This is gale force, rip limbs off trees, blow away anything not tied down wind that is much more common than I ever remember.  And it isn't kind to young apple trees.   Yes, the trees are staked.  Yes, the wind blows the stake and tree sideways. 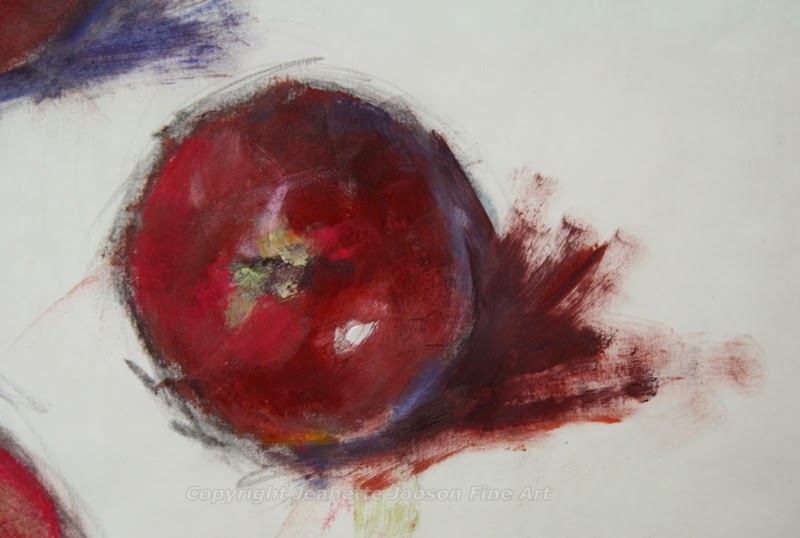 However, for the last couple of years there have been some apples growing!  Until the wind blows them off the tree.  Literally.  Its so disheartening I could cry.  I mean, its not too much to ask that I have enough apples to make a pie is it?  And they make such wonderful subjects for painting too.

But, to the rescue, a friend with a couple of apple trees that are older and more sheltered perhaps that are doing well.  So he provided a sack of apples with offers of more where they came from.  I think there will be some apple turnovers arriving on his doorstep soon as a thank you.

The apples are a mix of Golden Delicious and a little intensely red and gold one that looks almost like a crab apple but is sweet with pink tinged flesh.  A mix of both of those were chopped up for a Cinnamon Apple Crumble muffin that I made tonight.  A handful were the subject for this little study on paper using mixed media of anything from coloured graphite to charcoal to pastel and acrylic.  And I may not be finished yet.

PS  Don't get sidetracked by painting when you have muffins in the oven.  Like I did.  I hope they are salvageable.
10 comments: 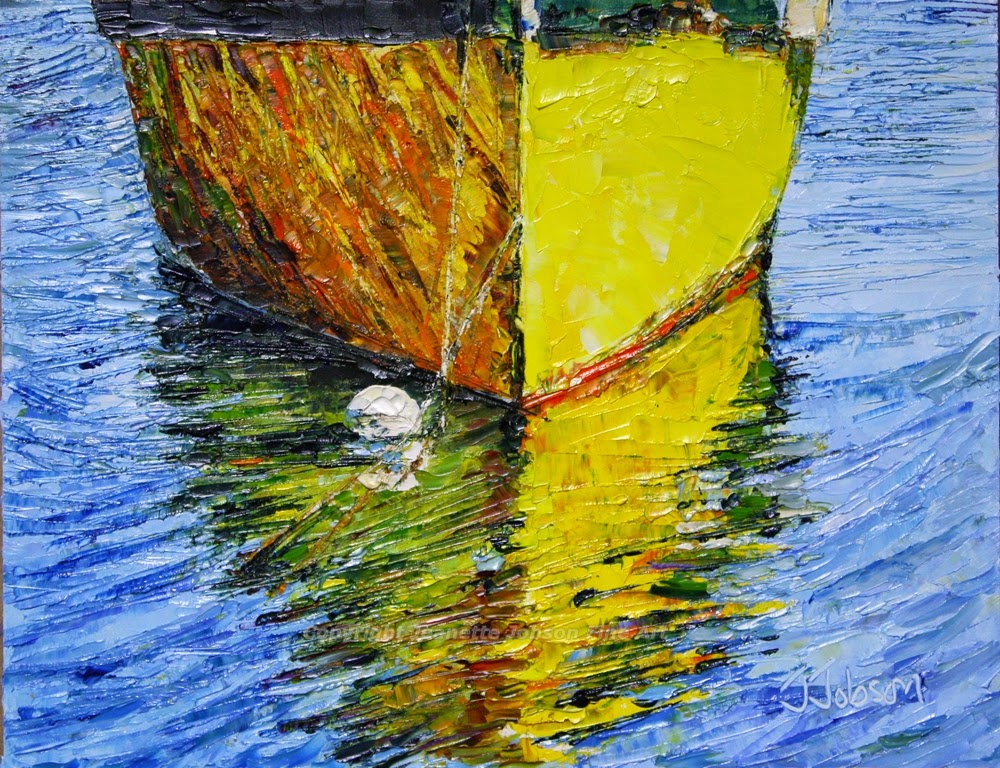 A subject can be painted or drawn a dozen times, two dozen times and each time there is a new discovery in the process. Colour and value analysis shift with each new view.  Painting experience influences the approach and familiarity with the subject matter guides decision making.

This painting was the demo in yesterdays palette knife workshop on painting boats and water.  It was a subject that I had painted previously on a large scale (30" x 40") and long sold.  The simple shape lessens intimidation factors for those less experience, and the complex reflection shapes and colours gives a challenge for those with more painting time under their belt. 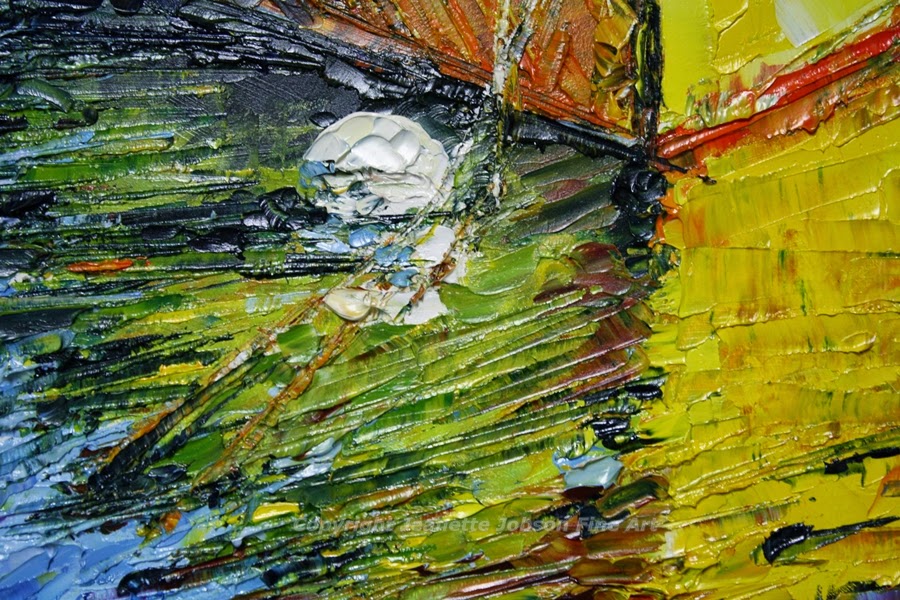 The next palette knife workshop will be held on December 6th and has a Christmas theme.  There is just one spot left right now so grab it quickly if you're interested.  All supplies are provides and lunch is thrown in as well, all for $150.  Registration is available online.
4 comments: