What is it about red?

I seem to have a lot of red in my paintings lately and its nothing to do with Valentine's Day.  Perhaps its the bleak mid winter with its palette of greys and blues that makes me want to have bright colours livening up my studio.

Does red attract collectors?  Colour is used in marketing to trigger sales responses and here you can see an infographic on how the psychology of colour is used.

I don't consider colour as the primary influence when creating a piece of art.  It factors into composition, form and light and combined, it makes a painting come together.  I have painted red boats previously and they have all sold, so perhaps there is something in the theory of putting red into a painting. 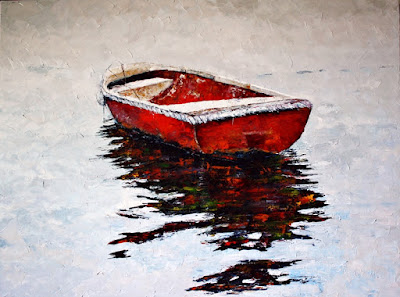 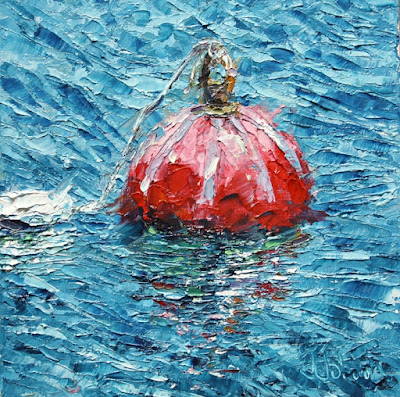 
Here are a few facts about paintings with red in them from a 2014 Telegraph article by Hannah Furness.

All four of the star lots in Sotheby’s 2014 February sale featured a striking red colour, including a Richter painting which sold for 17.4 million pounds.


An untitled work by Cy Twombly, valued at up to £7m, is said to be particularly desirable for being the "most red of all his works".

The importance of the colour red has been noted previously in the work of Piet Mondrian, with paintings featuring a red square thought to be more desirable.

In 2013 Brett Gorvy, co-head of contemporary art at Christie’s International, said red was the most lucrative colour in art works, followed by white, blue, yellow, green and black, in that order.

Philip Hook, from Sotheby's, has called the power of red " quite extraordinary", with a "judicious touch" giving a painting a "huge extra piquancy and impact".

The two top prices for works by Rothko are for red canvases, with four of the top five sales figures for Richter being for predominantly red paintings.