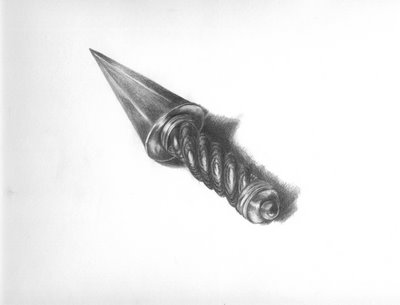 I've passed the midpoint of the drawing class that I'm leading and its gone better than I anticipated. The people are willing to put in the time to practice and I can see the theory starting to translate into the images that are being produced.

The most difficult thing to teach is the ability to observe. It comes with time and practice - usually years of it before the mind/eye/hand coordination works to the degree that you want. So I suggest a lot of sketching from life as 'homework' each week in addition to reinforcement of theory that we have covered in a particular session.

Teaching is said to sap creativity and it does to some degree - mostly from a time perspective. Preparing for the class each week involves demonostration drawings and consideration of how theory can be turned into practical application at a level easily understood by a beginner. But over the last few days I have been sketching and have started a new drawing of the 'Weeds' series. The first I created limited edition prints with, the second is about a third finished. There is something therapeutic about drawing in detail with negative drawing. I never liked it previously but now that I have a few of these drawings under my belt, I find that I throughly enjoy the process of creating the detail of them. Watch this space for a sneak preview.

Meanwhile, I drew this dagger today as part of a realism exercise. Its not exactly as I want it, but fairly close.

There's some turkey on the phone for you.... 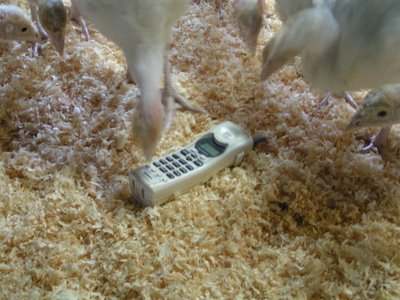 Turkeys are so curious about their surroundings. They inspect everything that comes into their pen, especially anything shiny or bright. This cordless telephone that fell off its beltholder onto the floor of the pen was too much for them to resist. So if you received a strange call lately, well, I'll check my phone bill and see if it was the turkeys. 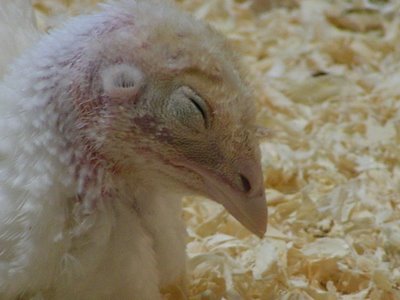 But it quickly becomes boring and you need to take a nap to get over the excitement. 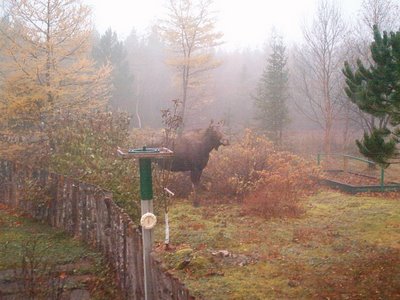 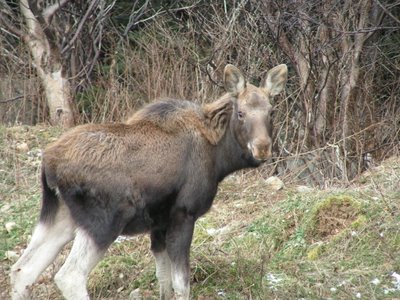 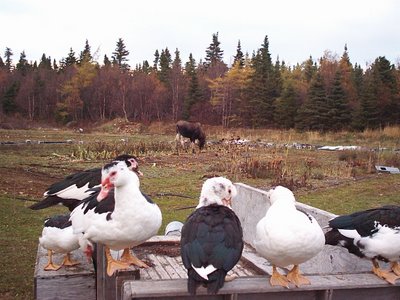 Katherine Tyrrell requested a moose photograph. Ever willing to oblige, here are a couple.

To explain, I live in the woods (yes,just like little Red Riding Hood - or did she just visit??). Anyway, being in the depths of the woods, we get a lot of visitors, such as squirrels, coyotes, foxes, mink, birds galore and of course the ever present moose.

In Newfoundland, the moose is an introduced species without a natural predator. Smme are taken by bears annually and more by hunters but the population is rapidly approaching a 1-3 ratio compared to the population of the island. While I have a soft spot in my heart for all animals and even moose, they can be a nuisance and make driving at night a real hazard in the province. The size of the animal and its long legs makes hitting one in a car a recipe for disaster for people and the moose.

So for you Katherine, here are some of the moose visitors. The first was just outside my dining room window, munching on rosehips just as dawn broke. The second is a yearling moose that became a daily visitor this summer. At about a year old the mothers drive the calves away in preparation for the next one's arrival. This little guy (well not that little) was rather dazed and confused, poor thing. So he hung around here and everywhere I went, he popped up rather like a large dog!.

The third image is another moose polishing off the rest of the cabbages in the field while the muscovy ducks looked on from their vantage point on the trailer.

Any other animal requests? I don't do bears...

The last of summer 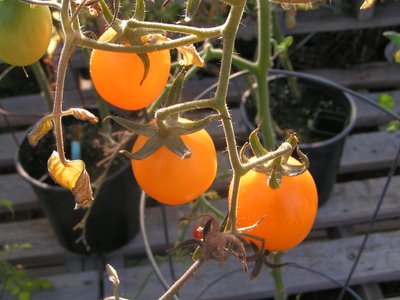 I found these little tomatoes in the greenhouse lurking among some nearly dead leaves and spindly stalks. The sun was bright and lit them up making them look like those little Christmas tree lights. The picture is a little sad, as it reflects the end of the growing season and the beginning colder weather. I wish I could capture summer's essence and keep it all year round, taking it out when the snow is falling and the frost whitens the ground.

Perhaps I have captured a little bit of summer right here. 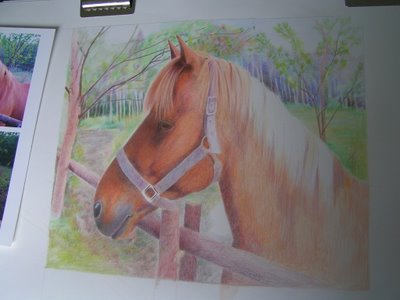 I've been steadily working away in small bursts on the portrait of Lady. Its one of the few times that I've included a 'real' background for an animal. I'm usually in a hurry and end up with a generic colour background instead of a detailed image. This time it just seemed right to add her common surroundings. It is slow going as the background takes as much time as the horse to complete and the size of the image makes it slower still.

Artists are such self critical animals. We are so rarely satisfied with our work and no matter how long we look at something we will always find a section to change or a section that doesn't please. I can be satisified overall with the image and its usually best that it leaves my hands at that point or I'll pick at it til I am either satisfied or I overwork the piece. 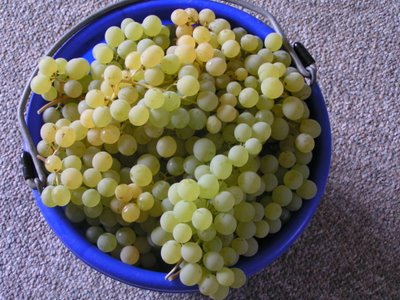 Most of the grapes have been harvested from the greenhouse. They are so very ripe now and almost unbearably sweet, like candy. They are white seedless grapes, called Interlaken and there are two grapevines in the greenhouse. The third vine is Pinot Noir- a purple seeded grape. They have all borne copious amounts of fruit this year. This bucketfull is destined for the freezer to be made into grapejuice or added to wine when I get around to it. Ice wine perhaps? 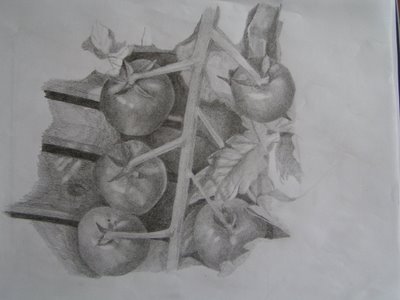 In Canada Thanksgiving is celebrated on the second Monday in October. Unlike the American tradition of remembering Pilgrims and settling in the New World, Canadians give thanks for a successful harvest. The harvest season falls earlier in Canada compared to the United States due to the simple fact that Canada is further north.

The history of Thanksgiving in Canada goes back to an English explorer, Martin Frobisher, who had been trying to find a northern passage to the Orient. He did not succeed but he did establish a settlement in Northern America. In the year 1578, he held a formal ceremony, in what is now called Newfoundland, to give thanks for surviving the long journey. This is considered the first Canadian Thanksgiving. Other settlers arrived and continued these ceremonies. He was later knighted and had an inlet of the Atlantic Ocean in northern Canada named after him - Frobisher Bay.

Thanksgiving in Canada is a celebration of harvest and nothing to do with pilgrims or founding new colonies. And pilgrims or not, the harvest in any year in history is THE levellor when it came to survival. Without a good harvest, lean times,even death were a certainty. So Thanksgiving is a time to celebrate the abundance of harvest. Here we ate homegrown turkey, potatoes, peas, and squash. The dessert was created from Canadian produce, local pumpkin, maple syrup from Quebec, local cream and eggs from the hens and ducks who wander around the yard. (no, not pumpkin pie, maple pumpkin creme brulee - and yes it was divine - and yes there's more in the fridge)

Technology allowed me to speak and see my children as they were together for the Thanksgiving holiday at my eldest daughter's in Moose Jaw, the younger driving from Calgary. Technology does have its moments in addition to the times that I swear at it when it won't work correctly.

Here is another update on the tomatoes drawing that I began last week. I've been playing with it on and off but its destined not to go further. It seems rather pointless to spend a lot of time on it due to the support it is on - computer paper. The tooth isn't there and the paper isn't acidfree so it will likely stop where it is and I'll use it as a demo on shading for the drawing class I'm teaching.

May your Thanksgiving be peaceful, filled with pleasure and local food.