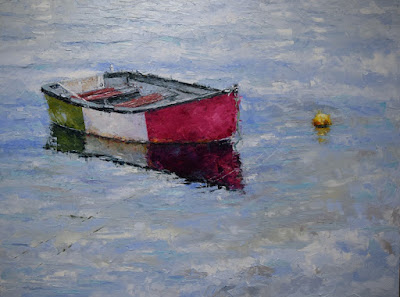 The tricolour flag  that is commonly used to unofficially represent the "republic" of Newfoundland is also known as the pink white and green (PWG). It has been stated in various sources that the triclour represented the island of Newfoundland for some 200 years. However Newfoundland was never a republic, and the PWG was never an official  flag. Its representation of independence is based more on the thoughts around  post-Confederation and the stand against it. The history behind the PWG is not ancient history as many think.  The flag's origins are sketchy and there seems to be no solid historical support for it, but it is seen frequently on clothing, bags and many souvenir items and now, a boat.

You can read more about the history of the PWG on the NL Heritage site. 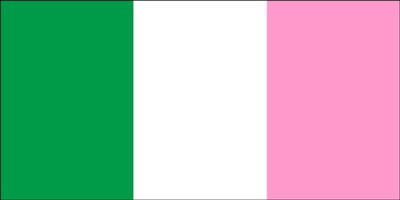 I found this boat moored off shore in Bay Roberts and also met the owner by pure coincidence.  The result was this painting.
4 comments: