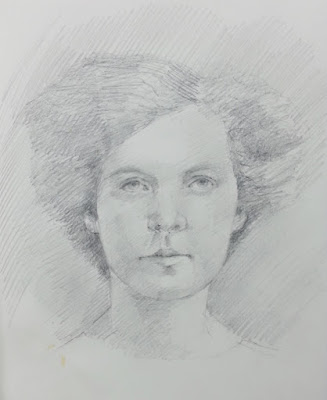 I've been going through some old photos of relatives and came across rather battered one of a great aunt.  The photo was taken when she was around 18 or 19 at the time, sometime in the 1920s. I love sketching relatives from the past.  Looking at clothes and hairstyles and seeing what physical characteristics are passed down from generation to generation is interesting.

The hairstyle fascinated me and made me do a little research on hairstyles of the 1920s.  This is when the "bob" came into fashion which was a trend that caused a lot of controversy and perhaps was a push into women's rights and a break from the patriarchal society rules of the time.  Film stars of the time, such as Clara Bow, jumped on the bandwagon and I would imagine that my great aunt, like any other teenager, mimicked trends and fashion - and rebelled a bit too.  Apparently the introduction of the bob also spurred the creation of the bobbie pin. 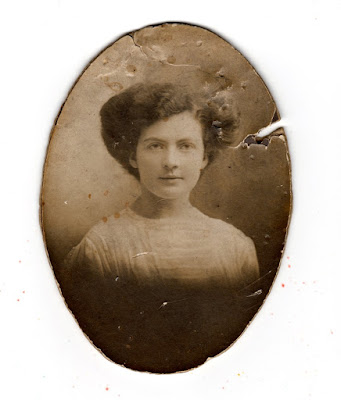 I remember my great aunt as having the characteristic thick curly or wavy hair that ran in my mother's side of the family (I seem to have gotten the dead straight gene but kept the thick part), so cutting her hair into a bob must have been problematic in terms of maintenance as most curly or wavy hair has a mind of its own. 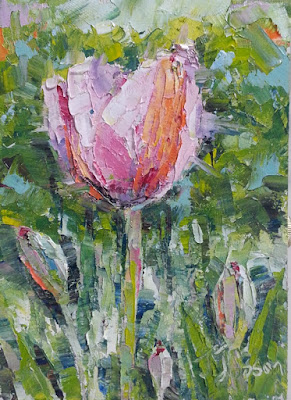 For a private workshop this week I looked through my reference images for something different, yet not too challenging, for painting.  I don't often paint flowers but with Easter/Spring in the air, I thought a tulip might fit the bill.  And it did.  The individual who I was teaching had not painted anything previously and never used a palette knife but did a fabulous job with her first painting of a tulip as you can see in the image below. 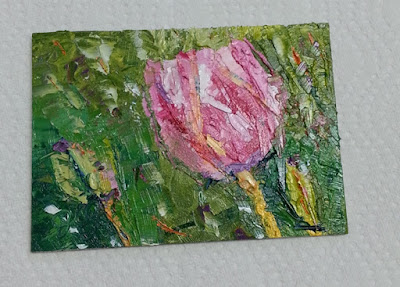 Its interesting to see how different people approach painting, especially those not influenced by previous painting experience.  Some have a natural ability to see colours and shapes, while others struggle with that observation. Practice, of course, brings the training of eye/hand that helps with seeing shapes and judging colours.  Each person brings their own unique vision and painting style to a piece and its wonderful watching it unfold.
2 comments:

Advice to my younger self 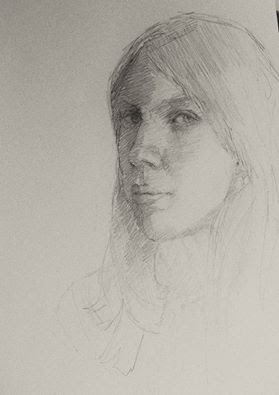 Hindsight is 20:20 and wouldn't it be nice to be able to mentor your younger self and provide the sage advice that time and experience provides?

From the artist's view point if I could advise my younger self here are some things I'd say: