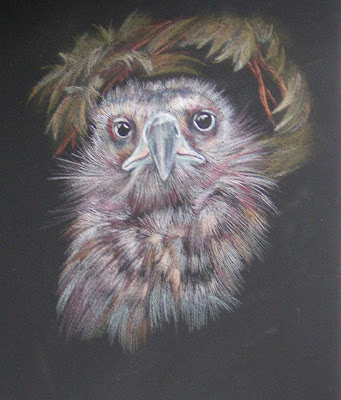 I've been looking at ways to preserve my 18 months of blogging. I wonder when or if I stop writing, will all my efforts, images and thoughts be lost in cyberspace as I forget passwords and programs? So I want to keep these thoughts in a more permanent place.

In Blurb, I have the option of creating a book which is quite permanent and I rather like the idea of doing so. I did a mock up of the blog to date and it came out as 442 pages and 681 images. That's a hefty book and no doubt may cost a few pennies to produce. However, now that I have the blog downloaded I may create my own version if for no other reason than to have a hard copy of it at least on cd or on my hard drive.

I'm calling the baby vulture finished. The black colorfix paper and derwents seem to make a good marriage with not too much loss of colour on the black, as there is in some paper types. I love the texture of the colorfix paper and may order more. As usual, the final image does not do justice to the piece in real life, where it has much more clarity and colour depth.
3 comments: 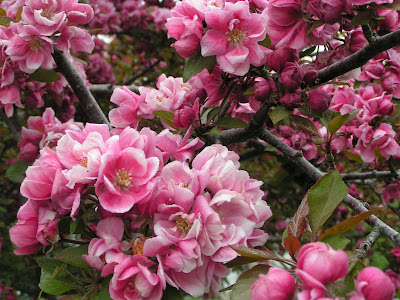 I love flowers, the shapes, colours and scents, but I can't draw them. I have a mental block when faced with blooms. All those complex shapes folding, curving with subtle changes of shades and tiny creases. Flowers scare me. 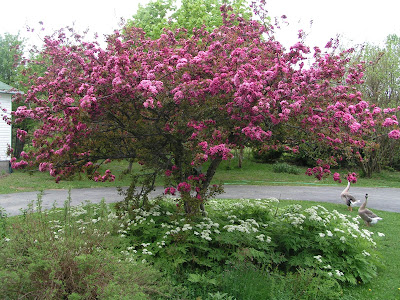 Yet I am surrounded by them. Currently the crabapple tree is in full bloom despite the fog and rain and I look at it and thing how lovely to be able to recreate it in paints or coloured pencil, yet I know that it will just become another sheet of paper crumpled in the bin in frustration. 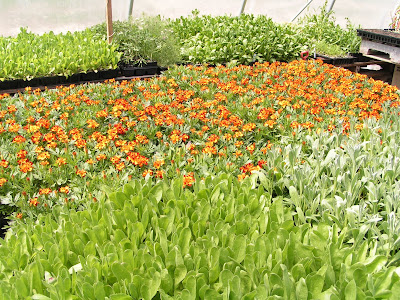 The greenhouse is overflowing the flowers too, destined for the Indian wedding next month. There are bouquets of them around the house, its like living in a florist's shop and will get worse as the first blooms are removed from the plants to make way for more. There are going to be a LOT of flowers this year. 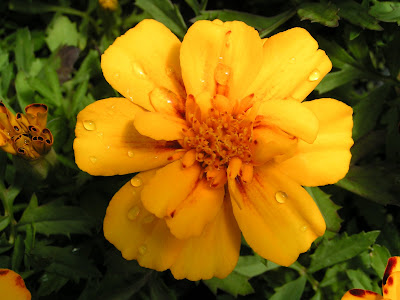 Maybe I'll be brave and tackle a drawing of a simple flower and work my way up to something more complex. One of the marigolds maybe or the clematis that is flowering now. Tips on tackling flowers is appreciated.
10 comments: 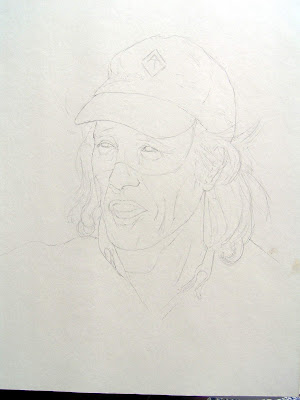 I completed this line drawing this weekend and hope to develop it further in watercolour. Watercolour is a medium that I do work in from time to time and really need more practice with. Years ago when I worked with Tom Greenshields, we would go out in his car and do a little watercolour painting of a variety of scenes. He competently, me, hit and miss. He had an E-type Jaguar which everyone used to envy. Tom's reason for keeping it was that it had a 'lovely little shelf that folds down on the dash' that he could balance his water bottle on when painting from inside the car on damp or cold days.

I was never a car snob, but enjoyed good looking cars, the Jaguar being no exception. I owned several sports cars myself, the first being an MGB convertible here in Newfoundland. It was a perfect little two seater that worked like a charm most of the time. Of course it developed some charms of its own with age. Like the fact that the headlights would come on when you closed the door. I cut my teeth on mechanics with that car too, mastering all sorts of things before my ability dwindled and I let the professionals take over. 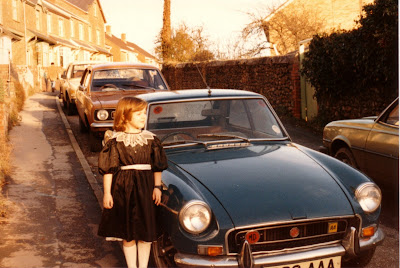 In the UK, I had my second MBG, the GT model and that car survived kids and dogs stuffed into the tiny seat behind the front seats and I loved the car. The photo shows my youngest daughter with the car outside my house in England.

That car provided my first excursion into crime.

Well, it was mine at the time, but a soon to be ex husband decided to borrow it and never return it, so in the predawn one morning I 'recovered' it with the help of a tow truck, had all the locks changed on the doors and life went on beautifully with my car. When I finally had to sell it to accomodate growing children and life, even the license plates were profitable. They had a certain letter/number sequence that was wanted by people and a company in London bought the plates from me for 450 pounds sterling. I believe the landlord of a pub in Sussex bought them.

I still rather wish I had that car again...
5 comments: 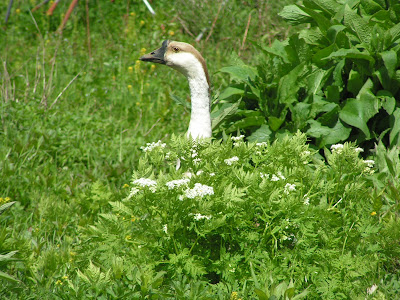 Chinese Goose in the herb bed
When I draw something it is always as if I see if for the first time. It feels as if I am a child again, rediscovering every item in minute detail. The ribs of my bottle of water become cobalt ribs with highlights and shapes that amaze me. The feathers of a bird are composed of hundreds of little ribs connected to its neighbour with tiny fluffy lines. I love discovering and rediscovering so much of what is around me when I draw.

I can get lost in drawing the same way I can get lost in a book. The world disappears and 'the zone' takes over. In that zone, nothing else exists. Not time, or space or people or surroundings. When I try to explain that to people it sounds as if I'm on drugs but its quite the opposite. I'm not escaping, I'm concentrating so hard that only what is on the end of my pencil or brush is in focus, the rest of the world is tuned out.

With books, there is a similar escape, but in words. In a post by Alyson Stanfield in her email newsletter she talks about the images conjured up by words and how perhaps we miss detail in our everyday life. I recall reading a number of 'wordy' books and sometimes having to read the same paragraph several times to have it make sense to me or simply for the pleasure of creating the detailed painting in my head that the words formed.

To bring this one step closer to art, I recall a drawing challenge that involved books. You stand in front of a bookcase containing any type of books. Close your eyes and randomly pick a book from the shelf. Eyes still closed, open the book to a page, run a finger across the pages and stop. Open your eyes and read the paragraph that your finger has stopped on. Illustrate that paragraph. If you happen to stop at an illustration, move on til you stop at text. Its a fabulous exercise to create images from words and a great method of breaking a slump in art work.

What did I chose? The book that came into my hand was The Fatal Shore by Robert Hughes, art critic of Time magazine. The passage I don't recall and the drawing heaven knows where. But its an exercise that I'd like to try again. Any takers to join in?
3 comments: 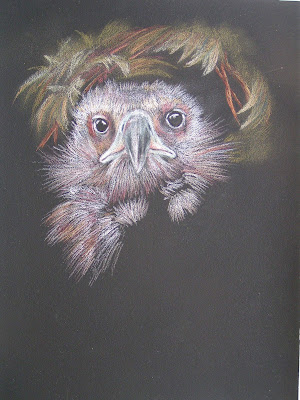 I experimented with my new art supplies today, some colorfix paper and the full set of Derwent Drawing pencils and this was the result. The image was in the Weekend Drawing Event at WetCanvas and this is the drawing at about the 2 hour mark, with lots left to go.

I love how the colorfix paper accepts the pencil and know from previous experience using a sample with pastels that those are the perfect marriage with this support. However, it seems to do very well with the waxy Derwents too. I love the soft colours of the full set, having only experienced the earth tones before.
2 comments: