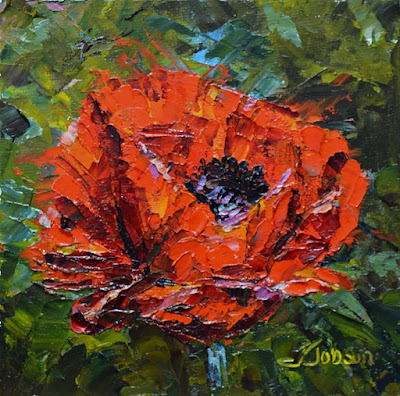 The poppy is the recognized symbol of remembrance for war dead in Canada, the countries of the British Commonwealth, and the United States. November 11th known as Remembrance Day in Canada is a holiday, honouring the more than 100,000 Canadians who died in war.  On that day, and many other days, I think of those soldiers who have served, those who have sacrificed and those who have died so that we have the freedom we experience today.

For the last few years I haved painted a poppy to honour those who have gone before, including my great uncle, killed in World War I, the most brutal of wars. He died aged 22 and his body was never found. 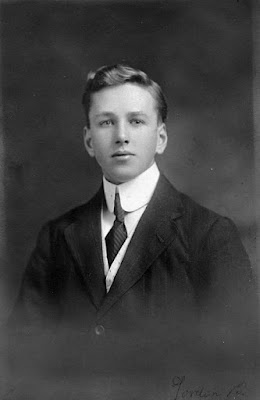 This year, the poppy is called "Flanders Field".  The original poem was written by a Canadian military doctor Major John McCrae.  As the brigade doctor, John McCrae was asked to conduct the burial service for a killed comrade because the chaplain had been called away somewhere else on duty that evening. It is believed that later that evening, after the burial, John began the draft for his now famous poem “In Flanders Fields”.


In Flanders fields the poppies blow
Between the crosses, row on row,
That mark our place; and in the sky
The larks, still bravely singing, fly
Scarce heard amid the guns below.

We are the Dead. Short days ago
We lived, felt dawn, saw sunset glow,
Loved and were loved, and now we lie
In Flanders fields.

Take up our quarrel with the foe:
To you from failing hands we throw
The torch; be yours to hold it high.
If ye break faith with us who die
We shall not sleep, though poppies grow
In Flanders fields.
8 comments: