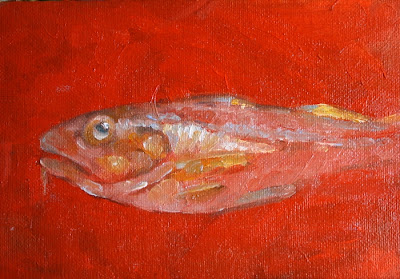 2012 is the 20th anniversary of the cod moratorium in Newfoundland and Labrador.  The impact on culture and life has been dramatic in the province with the withdrawal of what was once a livelihood for many people who worked on the ocean.  The moratorium in 1992 marked the largest industrial closure in Canadian history. Overnight 35,000 people became unemployed.

The tragedy of commons  is a dilemma arising from the situation in which multiple individuals, acting independently and rationally consulting their own self-interest, will ultimately deplete a shared limited resource, even when it is clear that it is not in anyone's long-term interest for this to happen.  This was very much the case with the fishery in the province.  What is in the individual's best interest is not always in the best interest of a society at whole.

Wikipedia sums it up:


In the case of Newfoundland and the Northern Cod fishery this meant that from the perspective of the individual participating in the fishing industry, maximizing their catch was in their best interest; however when the government failed to intervene – due largely to the highly sensitive nature of the political discourse created by the expansive group of stakeholders – the ecosystem was brought past its threshold and collapsed, leaving everyone worse-off.  When the government was finally galvanized to action, it was too late. The 1992 moratorium was initially meant to last two years, with the hopes that the Northern Cod population would recover, and along with it, the fishery. Unfortunately, the damage done to Newfoundland’s coastal ecosystem was indelible, and even after sixteen years, the Northern Cod population has failed to rebound and the Cod Fishery remains closed.

During the summer of 2011, a study was announced to show that recovery of East Coast cod stocks around Nova Scotia showed promises of recovery, despite earlier thoughts of complete collapse. It was found that initial stages of recovery began around 2005, though more time and studies were needed to study the long-term stability of the stock increase. In addition in 2010 a study by the Northwest Atlantic Fisheries Organization found that stocks near Newfoundland & Labrador had recovered by 69% though that number only compared to 10% of the original size.

I started playing around with some paint left on my palette and this little cod swam out of the red water, a worried expression on his face. And well he should be worried, his existence is in danger.

Hi Jeanette,
Great painting and educational experience at the same time! I vaguely remember the ban going into effect, but had no idea it was still in place. The 35,000 people thrown out of a job was a shocker, too.
A couple of days ago, I purchased a cod fillet, noticing the tag said it was from Alaskan waters. That meant little to me at the time, but it sure does now.
We are a most interesting species!
Luckily, the planet seems to outlast us silly creatures in most cases and if we mess up badly enough, we'll be gone, too.
Wonderful post.
Sincerely,
Gary.

Gary, it was, and still is, a life changing event. Oil and gas seem to be taking over from fish for the province, but no doubt that too will have a similar demise when government and other countries play the political game.

So, relegated to by-catch in sentinel fishery or recreational fishery for a few weeks of the year, the cod becomes less available and more expensive than it ever was.

I worry for the world my grand daughter will live in. My gyotaku prints and little paintings such as this may well become discussion points in the future as school children see what fish actually looked like. Humankind and greed may well have wiped out many species by then.